Calistoga is a bucolic wine country town that’s always held a special place in my heart. I’ve been going there since I moved to Northern California more than 25 years ago. Though anchored deep in the past, it never fails to surprise me with new spots to explore.

This episode was one of the earliest that we filmed in our 13-part series. Unlike future shows that were shot while traveling non-stop, as wine-country locals we had the luxury of going back multiple days. Also, unlike other episodes where I pack one suitcase and only have limited wardrobe options, if you watch closely I sport multiple outfits in the episode. One day is was stormy and grey (wool cape and rain hat), another day it was sunny and warm (orange linen jacket and sandals), and another day it was cool yet clear (animal print coat and suede boots).  What can you do about the weather? NOTHING when you film a travel show.

You can’t tell the story of California wine without visiting Chateau Montelena. The history of the iconic property dates to 1882. They helped put Napa Valley and California on the world wine map when their Chardonnay bested French wines during a now-famous event called, The Judgement of Paris Tasting, held in 1976. Vintner and owner, Bo Barrett, is such a wealth of information we could have done a whole show with just him. But there are so many other wineries in the valley to discover.

Tom Eddy took us to his mountainside vineyard to explain volcanic soil. His wines are lush, concentrated and bold. We also went to visit winemaker Glenn Hugo at Girard – a Napa Valley classic that has recently reinvented itself. With their sleek building design and innovative food and wine pairing experiences, it’s a destination to seek out when heading to Calistoga.

Keeping with our show’s ‘dirt’ theme, I wanted to learn about making pottery and how that tied into the land. The owners of Calistoga Pottery, Sally and Jeff Manfredi, told the story eloquently through their unique artwork. I have a teapot from their shop that I use daily.

I also had to get dirty. The best kind of dirty…soaking in a mud bath. There are famous, upscale spas in Calistoga including the stunningly modern Solage Resort, but we wanted to showcase the area’s history. Elyse Quast, whose family owns Roman Spa Hot Springs Resort, was our guide. She and her team catered to me in their laid-back, comfortable manner. You can go there for a spa day or stay the week to soak in sun and fun. Just be prepared for a steamy experience with a mud bath. The peat moss, ash, and stinky sulfur water mixture gets extremely hot. I was so relaxed but thought I might faint as filming takes longer than a traditional spa appointment. After about a half hour in the mud, we sent the camera team out of the room so I could shower off and cool down! (I call it Detox-to-Retox)

Enjoying spas, hotels and resorts is a key reason people flock to Calistoga. It’s the origin of the place. One of the town’s treasures is the eclectic Mount View Hotel. Michael Woods and his family have owned the property for 30 years. They have lovingly restored the hotel’s Art Deco origins encapsulating the old-time feel of Calistoga.

Finally, I kept up the ‘hands-on’ mantra by getting in the kitchen with noted chef, Doug Keane. He made a name for himself as the Michelin-starred head of wine country’s groundbreaking eatery, Cyrus (closed in 2012). Doug wanted to get away from fancy and focus on real with Roadhouse 29. We made his crunchy kale salad and signature fried chicken. When you watch, note that I’m NOT actually biting into the chicken. It has a touch of fish sauce and I’m allergic, so I simply did a faux chew. I’m told, however, it’s delicious.  Roadhouse 29 should definitely be a stop on any Calistoga itinerary. 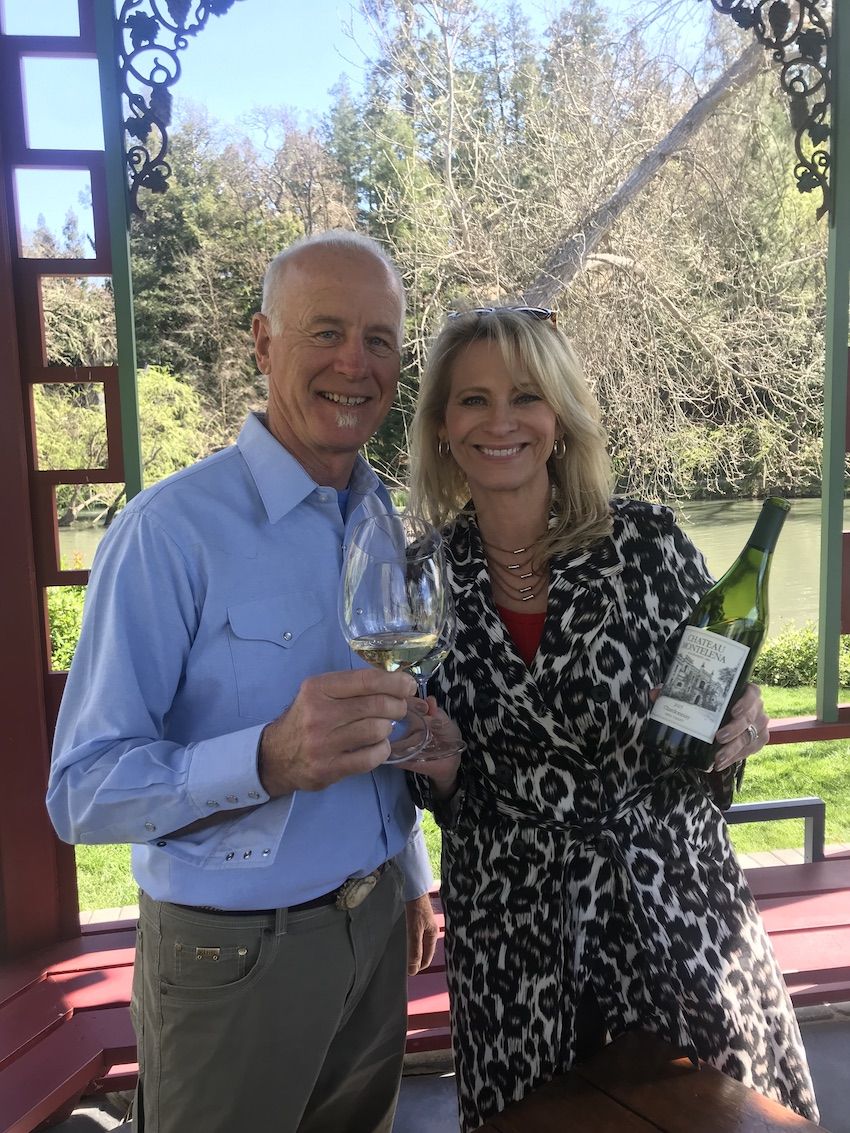 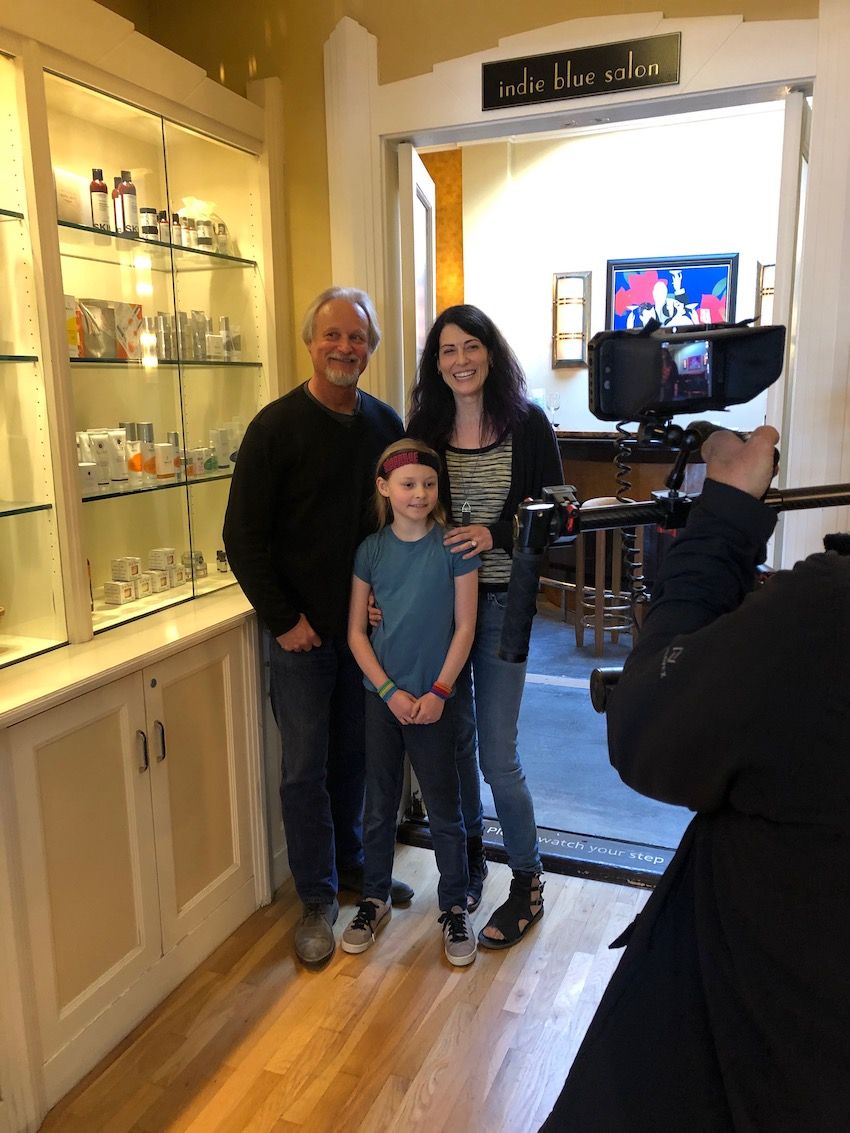 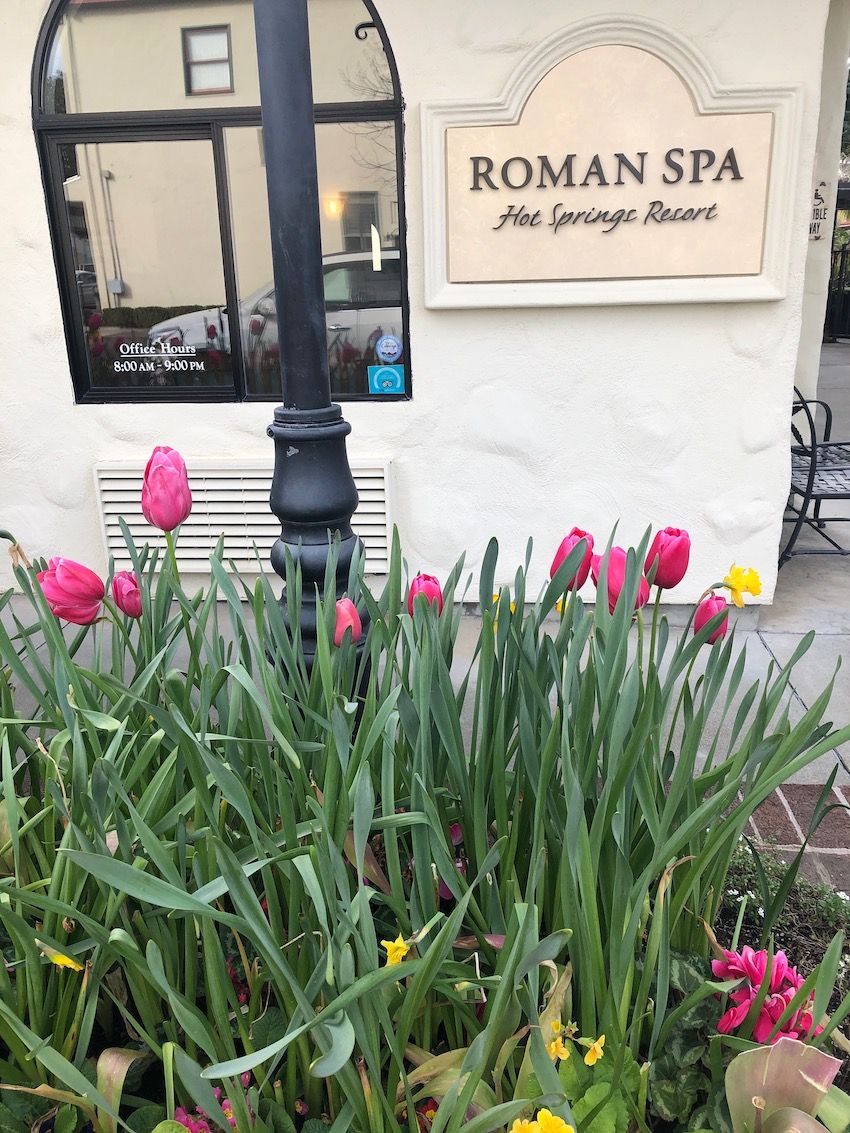 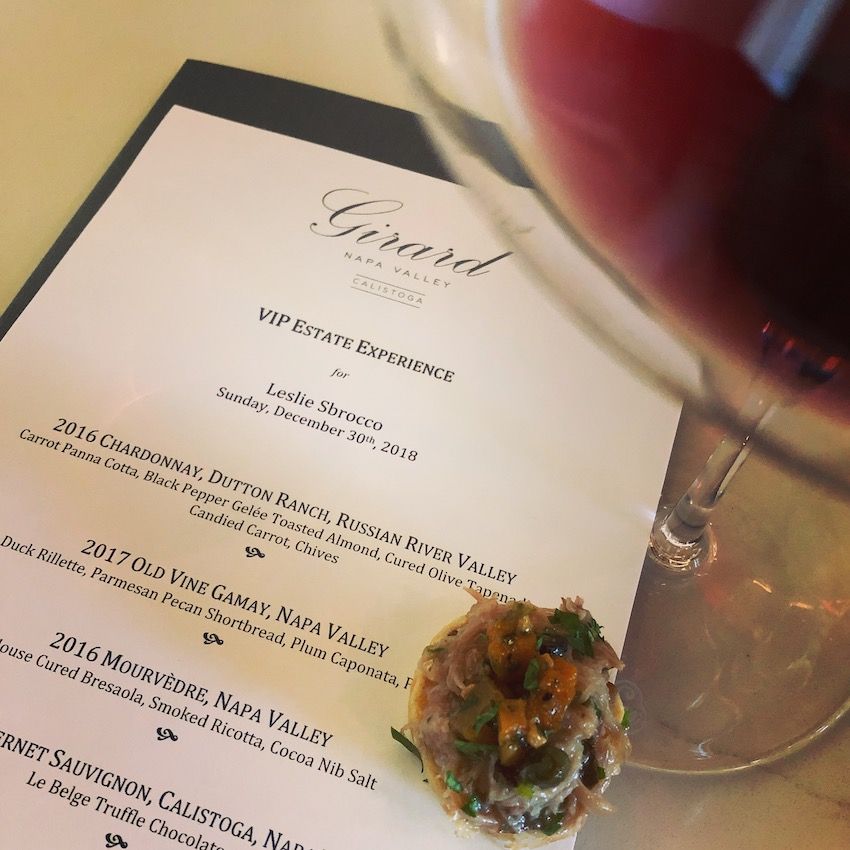 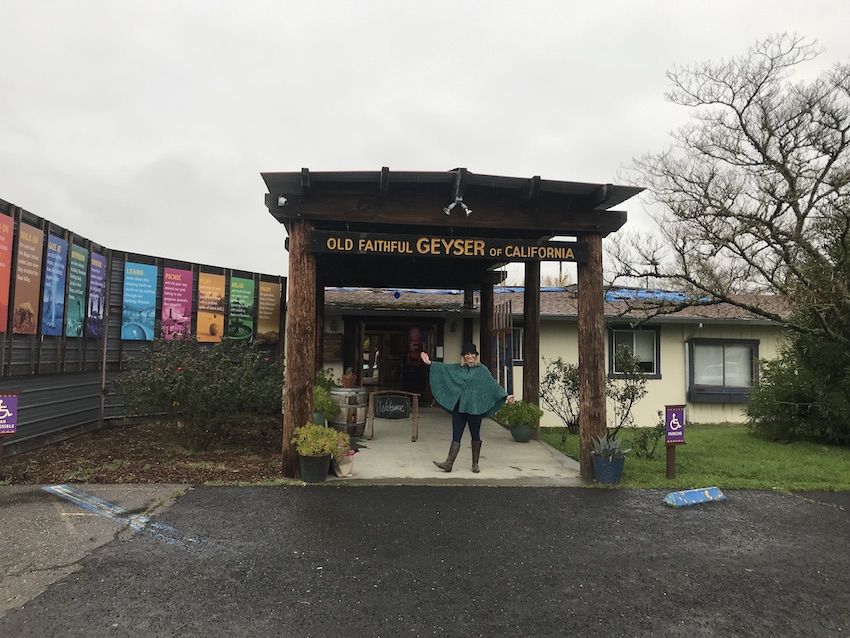 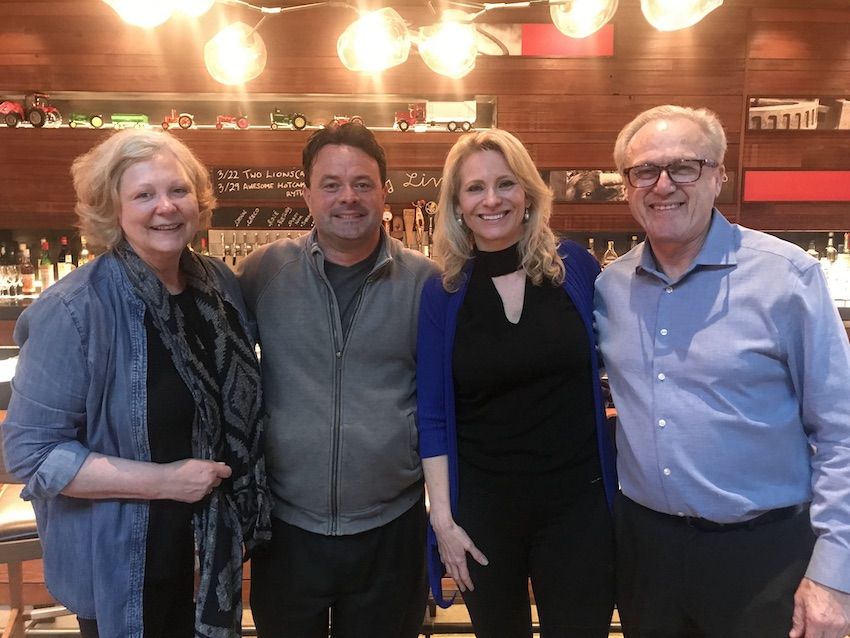 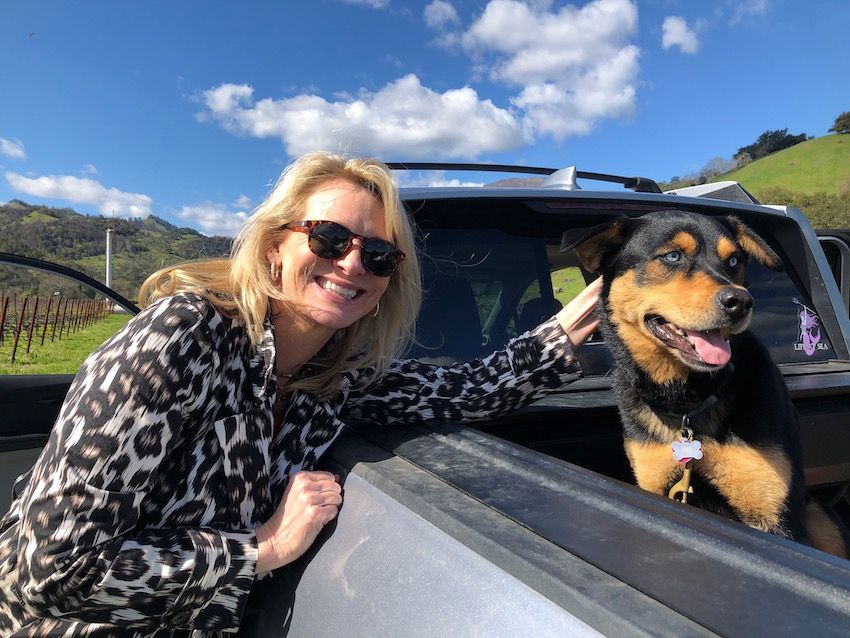 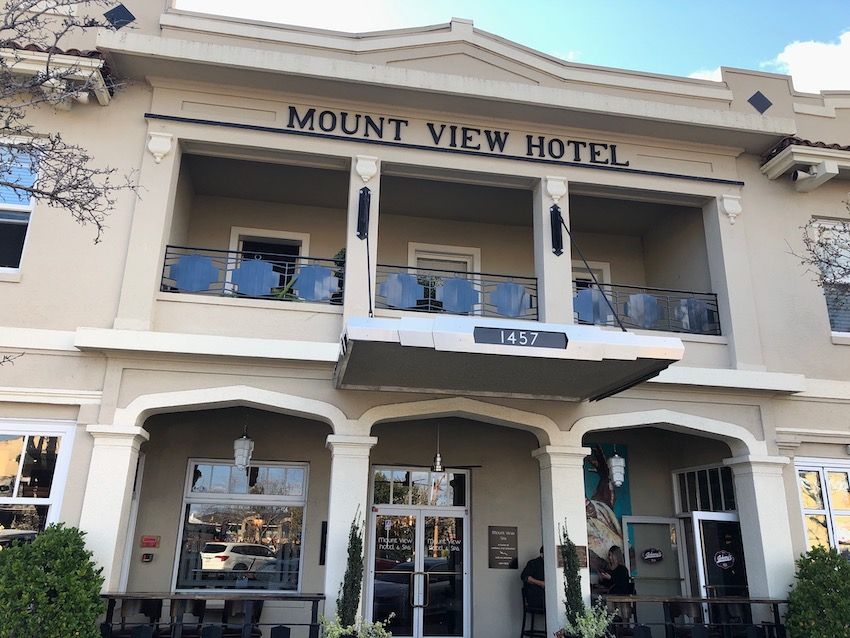 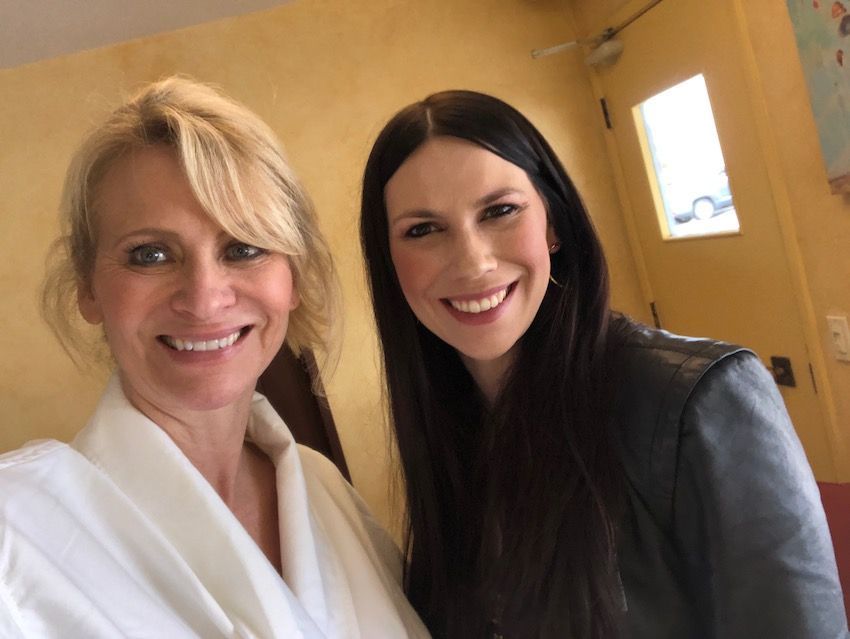 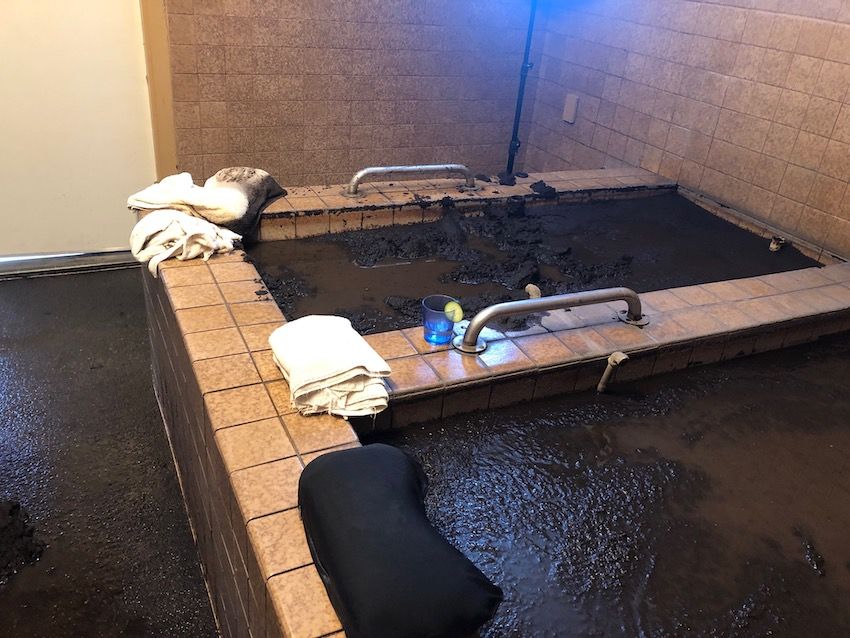