The Danube episode is a unique one for us. It was a show we hadn’t planned on in the original series outline. But, when went on an AmaWaterways cruise to film our Vienna, Budapest and Tokaj shows, the journey along the river was so fascinating, we had to share it.

The fun thing about creating a travel show is that you do an immense amount of pre-production planning to film everything in a short amount of time. Just as when you travel on your own, it’s the unplanned experiences that make a trip magical.

Just about everyone we spoke to said Linz was an industrial town, but was undergoing a renaissance. We planned a short visit to the city to film me making the famed Linzertorte, which we anticipated would be in our Vienna show. As a kid, one of my fondest memories is traveling to Europe with my family and eating Linzertorte. My Dad was an airline pilot so our big family of seven took many trips to explore the world. (I know the origin of my wanderlust.)

When we got the chance to film at k.u.k. Hofbäckerei Café, I was estatic. Warm, loving and hilarious, Master Baker Fritz, was a character.  We laughed through the entire process. I walked in the door and it started because I was wearing a pink striped shirt…and so was he. Magic happens. (Get the recipe)

On another filming day our guide, Sylvia, took us to her favorite restaurant in Linz, the Pöstlingberg Schlössl. Located at the top of a steep hill overlooking the city, it was a magical surprise.

We didn’t know the venue and hadn’t planned to go there, but we trusted her to take us to “insider” spots. What a treat. It was a Sunday and families were decked out in their best to attend parties and celebrations. We lucked out and got to enjoy lunch in the turret of the castle-like building.

It’s a secluded spot (I mean about 150+ steps) and at the top of a tower there’s a table for two tucked away. Our director of photography, Peter, got permission to use his drone and he flew it up the side of the building to give the fantastic views we had in the show. And the dumplings…ahhh…the dumplings. Fluffy, light, flavorful balls of bread that were the best bites imaginable.

My love of Linz was solidified when we filmed in one of the town’s marketplaces. It was not glamourous or meant for tourists. This market was filled on a Saturday morning with locals doing their daily shopping. I sampled delicious cheese, bread, sandwiches, and so much more.

When we arrived, I spotted a place called the Thirsty Hut overflowing with people drinking schnapps. I stopped in to taste and asked if we could film. On camera I’m tasting one shot of schnapps, but in reality it was more like three (okay, four). This place had more than 50 regional varieties of the fruit brandy. I could have spent the whole day there!

But, alas, we had to leave Linz and move on to picture-perfect Durnstein, Austria. Nestled along the Danube’s banks, it’s exactly what you think a European village should be … and more. It was sunny when we started the afternoon’s filming. I had to buy a hat and added every layer of clothing I had with me. Pretty sure I looked like a stuffed sausage on-air, but at least I was wearing an authentic Austrian hat.

Finally, we stopped in Bratislava, Slovakia. Formerly behind the Iron Curtain, Slovakia was a Communist country with a war-torn past. The day we arrived was all sun and fun, though. Tourists are bringing new life to this ruggedly interesting city.

We arranged to film at a family-run brewery when we had another run-in with magic. I sat down next to a young couple and they turned out to be Americans who had just gotten engaged. We got them on film toasting their new future in a place with a historic past. 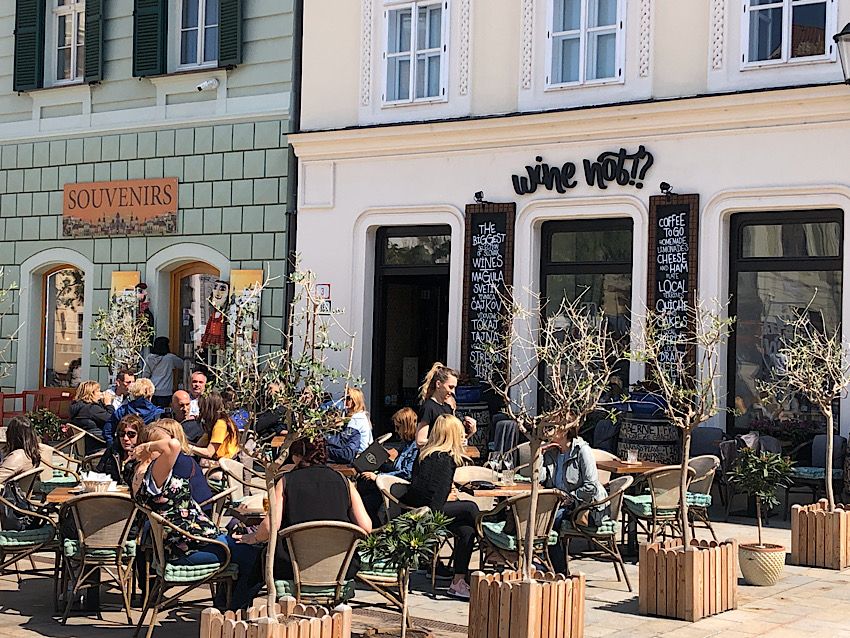 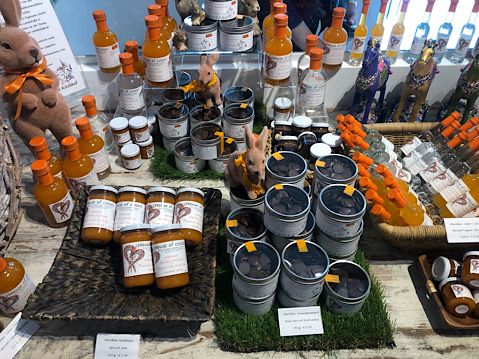 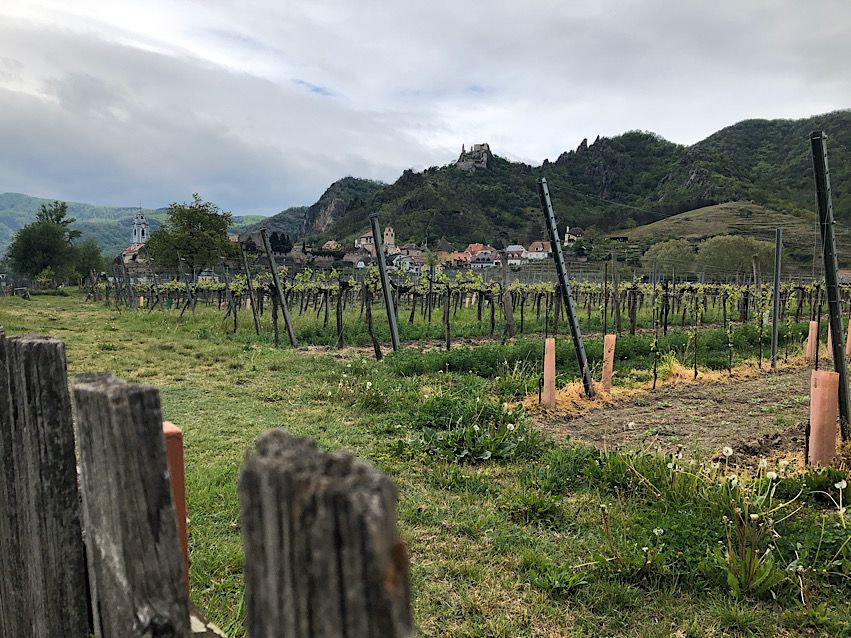 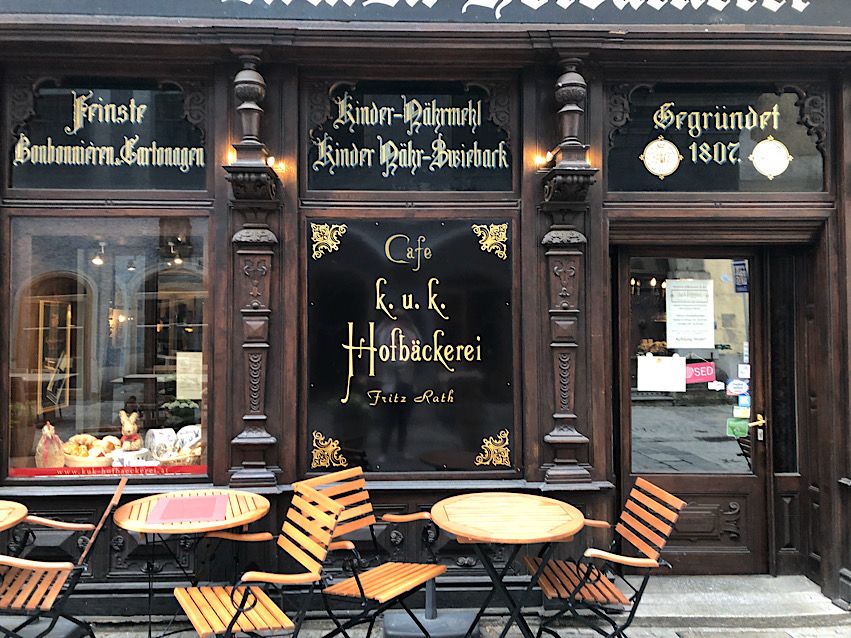 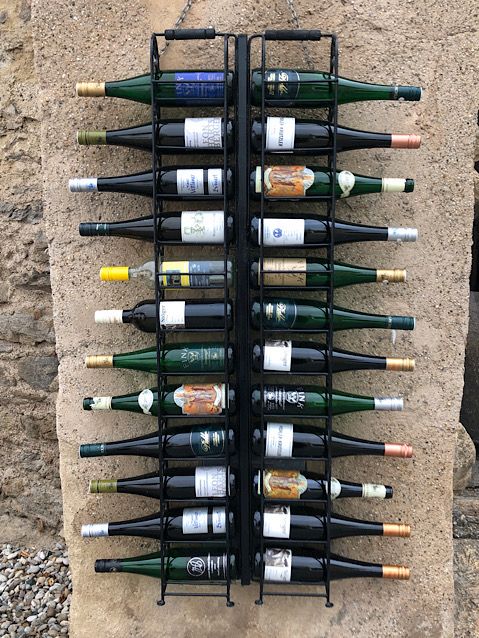 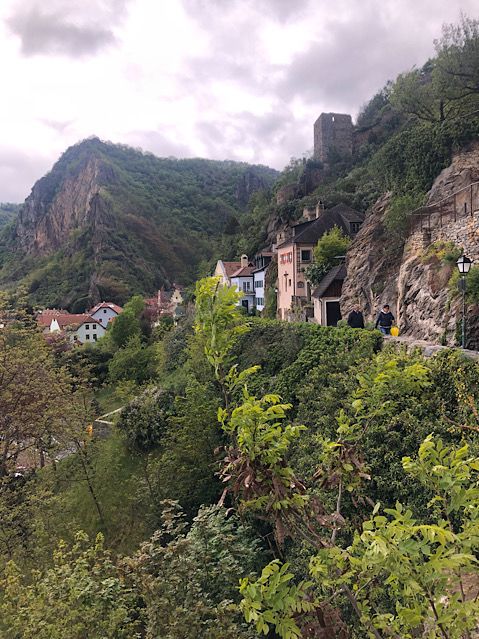 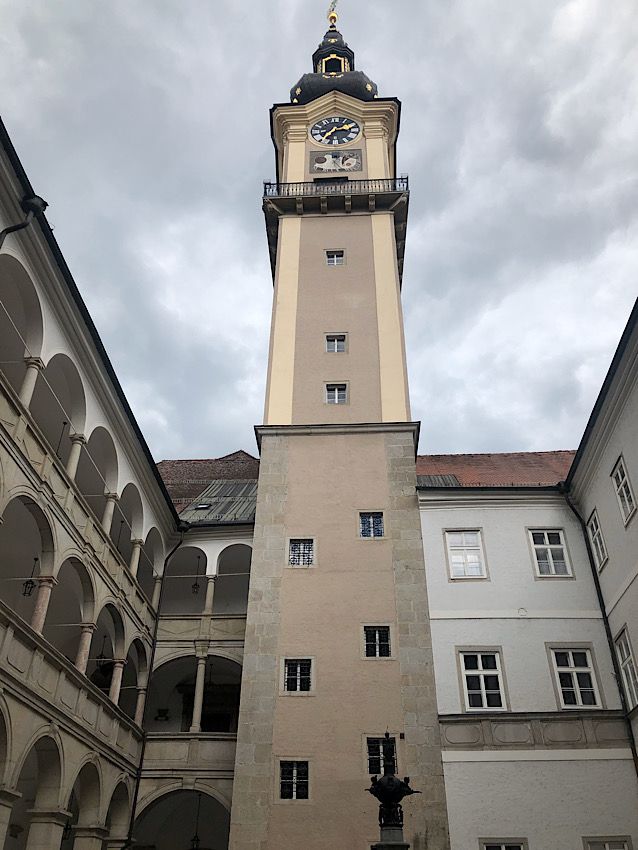 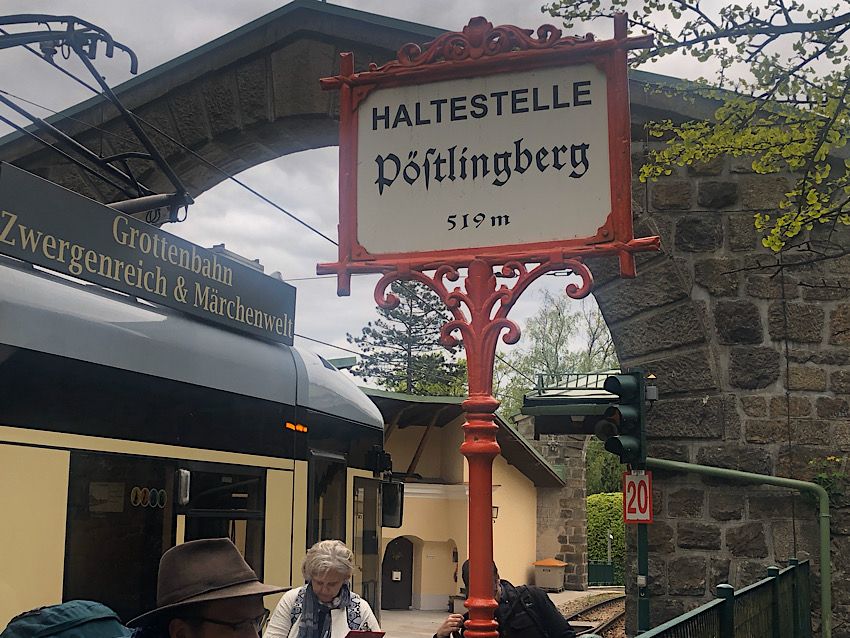 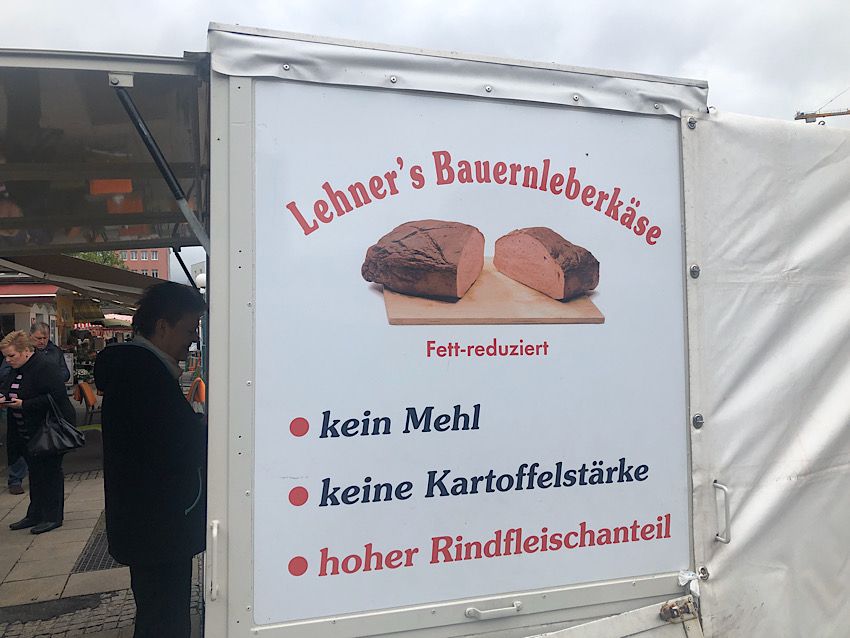 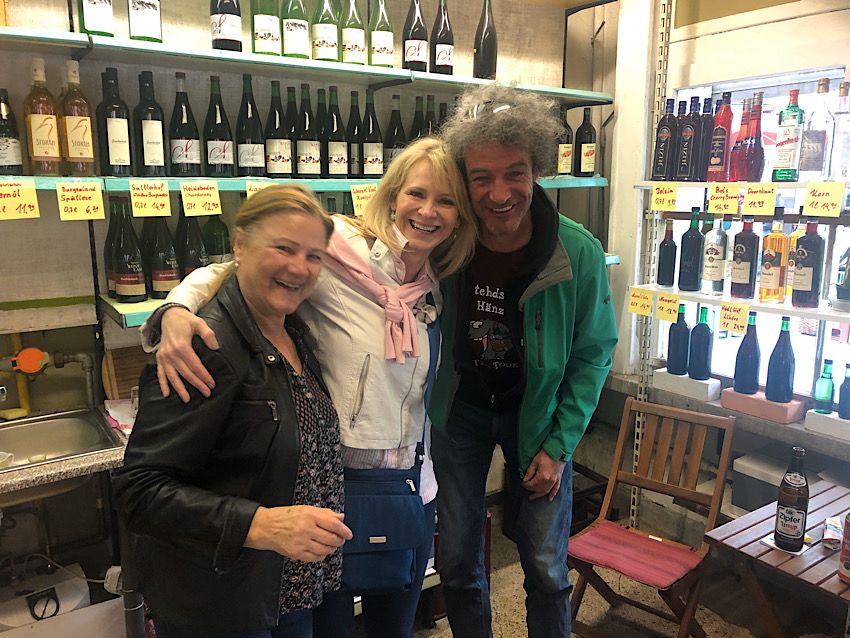 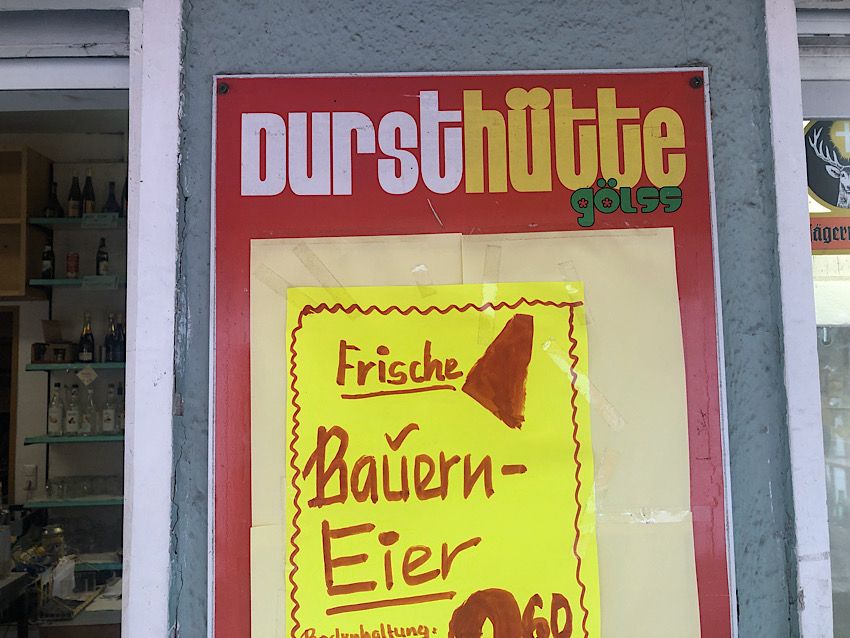 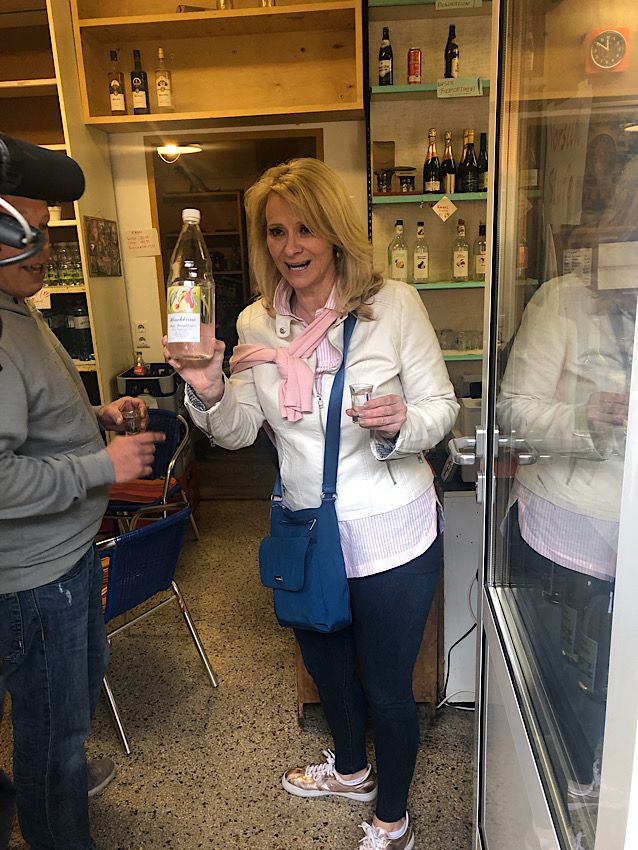 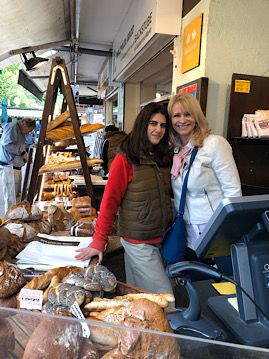